Named in honor of the Royal Air Force pilots who flew Gloster Gladiator biplanes in early days of the second World War, Samuel Gawith's Squadron Leader is a quintessential, all-day English blend of Latakia, Turkish, and Virginia tobaccos. Its original recipe, however, dates back to 1925, prior to WWII, and incorporated Perique.

In collaboration with Bob Gregory of Samuel Gawith, we're proud to release this Smokingpipes.com exclusive, limited edition run of the original Squadron Leader recipe, restricted to only 4,500 tins. It's still very much an English blend, but the Perique adds a subtly sweet and spicy aftertaste for a slightly fuller, more nuanced variation. 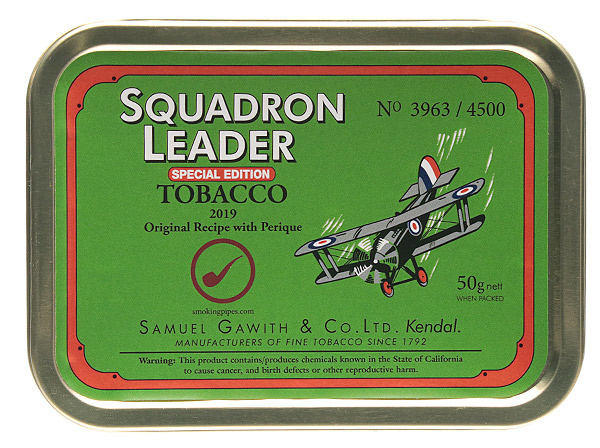