Welcome back to another episode of Tasting Notes, a video review series all about discovering (or rediscovering) some of the best pipe tobacco blends on the market. Continuing my journey through Chacom's tobacco portfolio, today I'm taking a closer look at one the brand's more recent additions: Chacom #2. On previous episodes, I've discussed Chacom's #1 and #4, an English blend and a Virginia/Perique respectively, and both surpassed all my expectations. Since I've been revisiting Aromatic pipe tobaccos as of late, however, it felt like the right time to try the Aromatic mixtures in the lineup, starting with #2. Let's dig in!

Anyone tried Chacom's #2 blend yet? Feel free to share your thoughts and experiences in the comments below.

[Shane Ireland]: So, before I get my pipe going, let's talk about the tin note. Typically when I see a pipe tobacco that's labeled as an Aromatic and includes Black Cavendish in the description, I usually expect to see a good portion of it. Now, there are two things about the appearance of this tobacco that really caught me pleasantly off guard.

The blend itself is uniformly light and medium brown; there's very little dark leaf here. So right off the bat, that had me thinking that maybe this is a more Burley forward sort of Aromatic mixture, — maybe something a little closer to an old-school, American-style Aromatic. The other thing that's interesting about it is the cut, which is fairly broad. There are a lot of larger chunks in here. Obviously some of the Virginia leaf, the brighter leaf, is a little more finely cut, but this is, generally, a broader, wilder kind of cut — which again, to me, signals that old-school, American-style.

The tin note is really nice; it's rich and sweet. There are notes of vanilla, but it's not what I typically expect from a vanilla topping; it's a little more subtle than that. Not at all cloying, the plum in the tin is just barely detectable. There are notes that remind me a little bit of a stewed fruit, and there's a kind of stone fruit thing going on. But it's not an overwhelming or overly fragrant tin note.

Honestly, the moisture level is also perfect right out of the tin. It is an ideal moisture level for me personally, so I definitely don't recommend any drying time for this one. Again, if this wasn't presented to me as an Aromatic blend, I would probably think that this is a lightly flavored Burley. Now, I know the distinction there is sort of silly or arbitrary, but whether you say something is a Burley with a little bit of flavoring, or whether you say it's an Aromatic with a little bit of Burley sends two different signals. And, while I was certainly prepared for the latter, I've found that this is basically more Burley forward with a nice, easy going topping that sort of ties everything together.

Like I said, moisture content, straight out of the tin, is ideal. It's really easy to get this one going. It packs really well. Since it is a broad cut, I've tried to smoke this in slightly larger chambers, at least for me. I'm smoking it out of an IMP Meerschaum with a chamber that's about ¾" wide by around 1 ½" deep. So it's definitely not a huge bowl, more like a Group 3, Group 4; but I find that a broad-cut mixture like this tends to do well in a chamber that's this size or larger.

Right off the bat, the flavor is pretty much what I expected. Those vanilla notes sit nicely right on the back of my palate. It's not an overly sweet, artificial vanilla flavor, either; it's more like vanilla bean or vanilla extract — something that's a little more natural and a little less sugary sweet. While the blend is described to have notes of plum, initially I'm getting almost none of it. I'll come back to that in a second, but in my experience, those notes tend to take a more central role later on in the bowl. On these first few lights, I'm also getting a lot of Burley character. There's this nuttiness, this sort of dry finish on the palate. There's definitely a little bit of sweetness, but not nearly as much as I had expected, and for me that's perfect.

So far, this is simply a nice, well-balanced, traditional or more natural-style Aromatic. If you puff a little harder, some of the sweetness is ramped up. The sweetness reminds me a bit of simple syrup, but that nuttiness and the full tobacco flavor from the Burley remain front and center for me. Those tobacco flavors are the star of the show, but they're also the backdrop for more subtle flavors.

I think that someone who enjoys smoking more traditional Burleys would appreciate this blend, maybe as a change of pace, something for later in the day or something that's gonna be even more well received in mixed company. If you're a fan of Prince Albert, Carter Hall, and classic blends like that, this is definitely gonna check some of those boxes for you. But that added fruity quality from the plum flavoring, which certainly develops more as the bowl progresses, just gives it an additional dimension that's unique.

It's also a great mixture for Virginia and Burley smokers who want something with a pleasant room aroma or even a more engaging flavor profile on the retrohale. In short, it's just an excellent crossover mixture. For fans of Aromatic mixtures in general, this could occupy an interesting place in your rotation in as much as it adds a couple of dimensions that I don't typically associate with Aromatic blends, as well as more of that natural tobacco flavor.

When it comes to strength, it's definitely more full-bodied than I would expect from an Aromatic as well. It's well-suited to smoking outdoors, maybe when the weather's a little bit on the intense side. It will do just fine, even if you've got a little bit of wind, a little bit of rain, maybe a little bit of cold. The flavor here is strong enough and bold enough to stand up to those elements. And it's also strong enough and bold enough to do well as an after-dinner smoke for an Aromatic smoker. It's definitely more complex than I expected; the Burley lover in me is very engaged and satisfied with this smoke.

All in all, Chacom's #2 is a really interesting Aromatic; it is, at once, comforting and classic, especially when it comes to the base tobaccos used in the blend itself. But it's also unique and engaging in terms of the vanilla and plum combination used for the topping. There's a lot of complexity here and a lot going on. It's a really comforting blend that can fade into the background, probably more so than many Aromatic mixtures I can think of. It's going to satisfy the need for complexity and the need for a bowl that's ever changing. It's also noteworthy that there's actually quite a bit of spice on the retrohale; I actually get a nice little tingle and a little bit of spice from the Burley component.

I highly recommend Chacom #2 for fans of the Aromatic genre but also for Burley and Virginia smokers looking for a change of pace or something with a more pleasant room note to please mixed company. 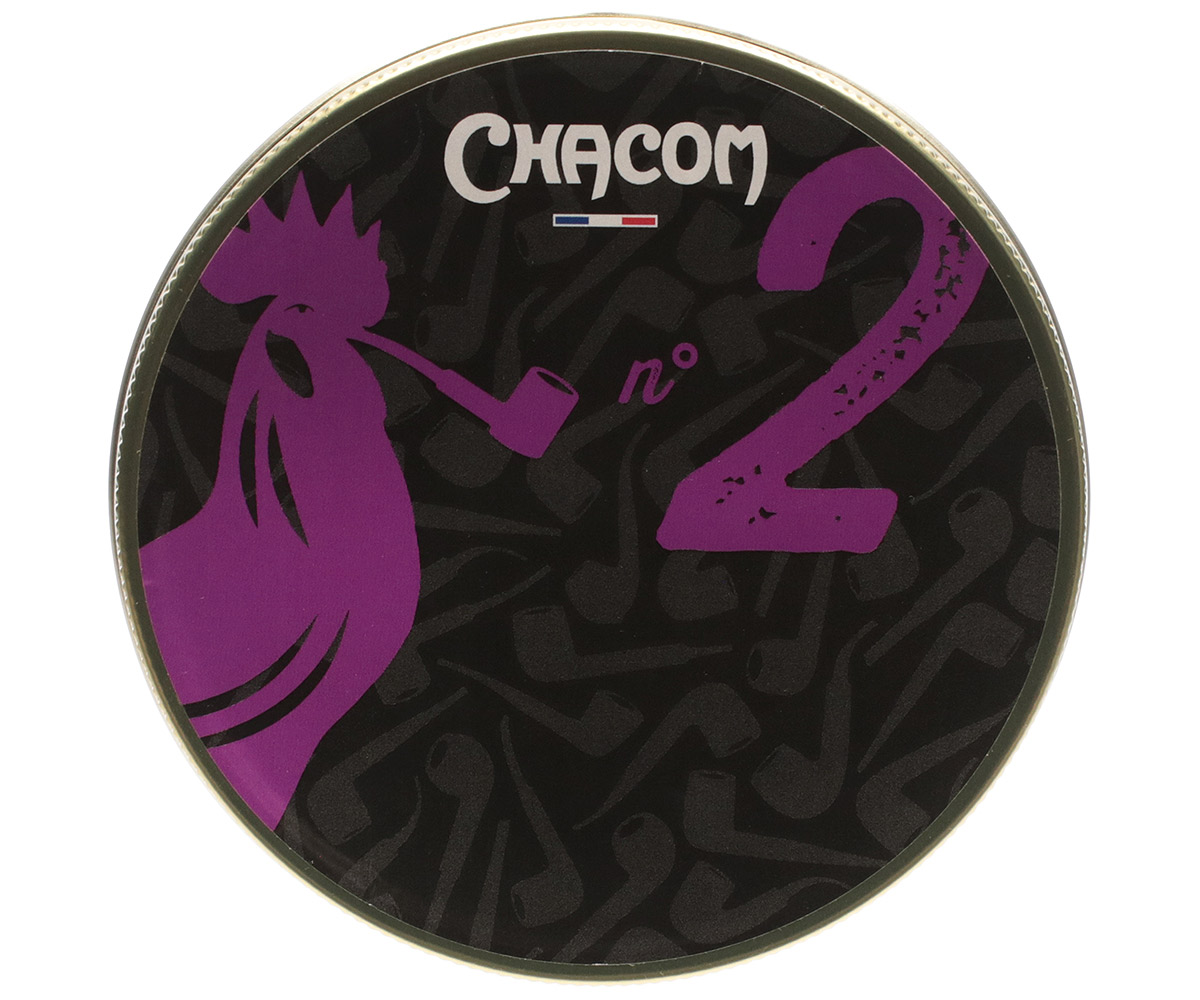 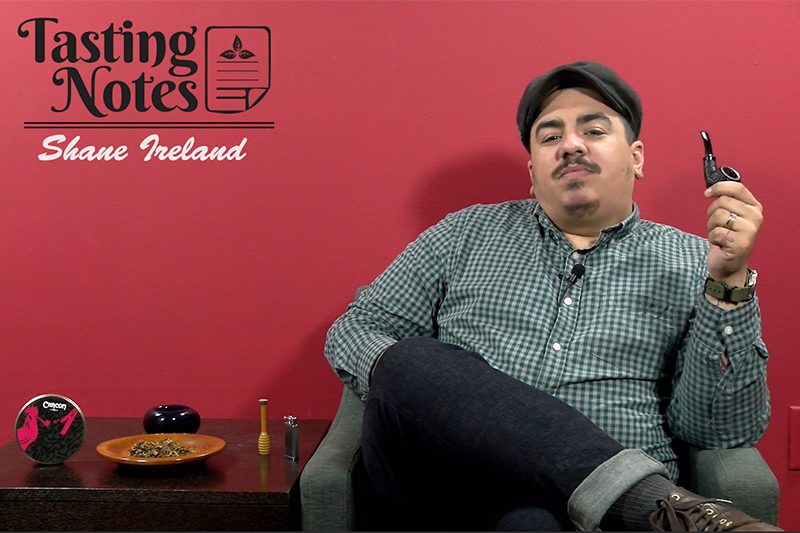 Tasting Notes: Chacom No. One 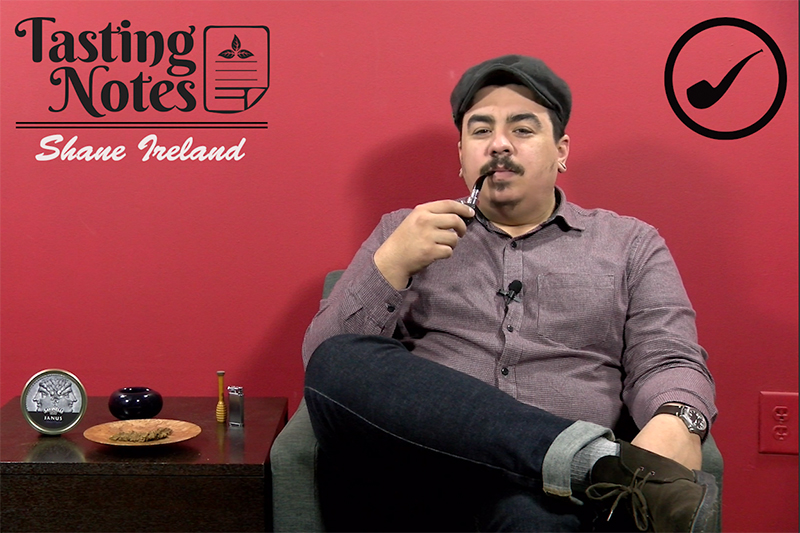