The History of Mac Baren Tobacco
July 31, 2020 by Chuck Stanion in Tobacco Talk

In Svendborg, Denmark, on the coast of the Baltic Sea, a very small tobacco factory with the name S. Bønnelyckes Tobaksfabrik opened in 1826 and did business primarily in snuff and chewing tobacco manufacturing. It continued for 50 years, never seeming to have attained much success, and in 1887 its owner lost it in a poker game. The winner of that poker game traded it for a horse and a barrel of whisky to Harald Halberg, who had recently completed a four-and-a-half-year education in tobacco rolling for chew tobacco. It was an education taken very seriously; it took longer to become a certified spun-tobacco master than to earn a bachelor's degree. Halberg knew what he was doing, and he grew the company and made it a family business that has evolved into one of the largest manufacturers of pipe tobacco in the world: Mac Baren.

"Can you imagine rolling tobacco for four and a half years," says Per Jensen, head blender at Mac Baren, "before you got your grade as a spun master? Nope. Nobody today can imagine that. It was an education that was discontinued in 1964. The very last graduate became a production manager at Oliver Twist."

After acquiring S. Bønnelyckes Tobaksfabrik, Halberg changed the name to Harald Halberg Cigar and Tobacco Factories, and then later changed it to the Harald Halberg Tobacco Factories. "He was educated in spun tobacco," says Per, "and a roller. He also made a new product called gentleman twist, which was a smaller version of spun tobacco that was easier to have in your mouth without developing too much saliva."

Halberg knew what he was doing, and he grew the company and made it a family business that has evolved into one of the largest manufacturers of pipe tobacco in the world: Mac Baren.

It took a great deal of time and hard work to develop Halberg's company, and he faced considerable competition. "You have to remember," says Per, "that in 1887 there were around 400 factories in Denmark and there were four factories in Svendborg." By 1900, however, Halberg's was the only tobacco company left in Svendborg. "And today," says Per, "there are only two factories left in Denmark making smoking tobacco." Besides Mac Baren, there is Scandinavian Tobacco Group. "But we supply, more or less, if you take into account all of our subsidiaries, we supply between 60 and 70 percent of all pipe tobacco smoked on this planet."

Harald Halberg left the tobacco company to his son, Einar, who also served as Svendborg's mayor for a time. Einar sent his own son, Jørgen, to the U.S. in 1939 to learn about tobacco, but during that time, the Second World War broke out, and Jørgen was stranded, unable to return home. "He started working at tobacco companies, and with tobacco producers," says Per. "He also worked with pipes and pipe tobacco producers. Of course, in the almost six years he was in the States he learned a bunch. When he came back to Denmark, he had some ideas for a new line of pipe tobaccos." Those ideas became a line of pipe blends that would be given an English name, because the company wanted to avoid the possibility that a Danish name might be misunderstood as German. Following the war, German names were unpopular with consumers.

Serious consideration for this line was given to the name Mac Laren, but it was found that there was an automobile by that name, as well as an airplane. "So Jørgen changed one letter," says Per, "and it became Mac Baren."

Among the first tobaccos in the new line was Golden Blend, and its success was based not only on the blend itself, but on a marketing tool that Jørgen had discovered while in America: providing samples to consumers. Offer samples and people will try it, and if it's good, it will succeed. Golden Blend succeeded.

In April of 1958, Mixture was introduced and similarly marketed. "Within three years," says Per, "Mixture had taken 25% of the Danish market for pipe tobacco.

"It was also helped by the heavy English mixtures that were popular. Wives didn't like the smell of English blends. And if you look at our advertisements from the '60s, they clearly emphasize the pleasant aroma of Mixture. It was more than the pipe smokers who made Mixture so popular; it was also their wives."

The popularity of Harald Halberg Tobacco's Mac Baren blends, especially Mixture, required upsizing to accommodate demand, and in 1975 a new factory was built in downtown Svendborg. "Without Mixture," says Per, "there would be no Mac Baren Tobacco today. Even now, Mixture accounts for almost half of all the Mac Baren-labelled tobacco that we produce." It's the most popular blend in all of Denmark and in Germany and continues to rank very highly around the world.

Among the first tobaccos in the new line was Golden Blend, and its success was based not only on the blend itself, but on a marketing tool that Jørgen had discovered while in America: providing samples to consumers.

So popular was the Mac Baren line of tobaccos, and so recognizable its name, that Harald Halberg Tobacco changed its name to Mac Baren in 1995. 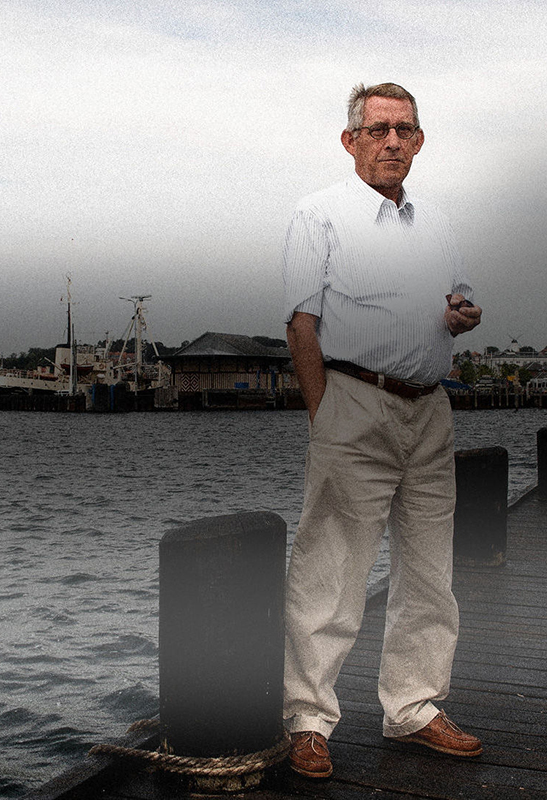 Jørgen Halberg died in 1996, leaving the company to his son Henrik, who continues to run the operation and who has overseen enormous growth. A large part of that growth came with a contract in 2002 between Mac Baren and Swedish Match, which owned Borkum Riff and asked Mac Baren to produce it. It was among the most popular brands of tobacco in the world and comprised almost half of Mac Baren's total output. The company found itself dependent on that part of its manufacturing, so it was a devastating development when Scandinavian Tobacco Group merged with Swedish Match and announced it would move Borkum Riff manufacturing away from Mac Baren.

Mac Baren was given a year to divest itself of Borkum Riff. Any company faced with losing half of its production finds itself in difficult times. "That was a very, very dark day in Mac Baren history," says Per. But Mac Baren learned an important lesson from the experience and determined to eventually produce only those tobaccos that it owned. By the end of the year it had increased production with new blends and made up for the loss, a feat that most companies would not have been able to accomplish.

Mac Baren is a family-owned business, rather than one with shareholders anticipating quarterly returns. "When you have to perform every quarter," says Per, "sometimes the decisions you make are not the best for the future, because you need to show immediate profits. We don't have that pressure. So if we have an idea we think will be good for our future, then we do it without thinking about what will happen to this quarter."

By the end of the year it had increased production with new blends and made up for the loss, a feat that most companies would not have been able to accomplish.

The company was also producing tobacco for the Imperial Tobacco group, with brands such as Capstan and Three Nuns, brands that Mac Baren bought outright in 2015. "That was the biggest investment for our company ever," says Per. "We are talking really big numbers." Large production numbers in pipe tobacco, however, are very small in the comparison to cigarette production. "Imperial tobacco didn't even send a message to the stock exchange because the sale didn't have any influence on their results, while we were just sitting there with our empty pockets."

That purchase also included the Amphora line of tobaccos, as well as many brands made specifically for Spain and France, including Scaferlati Caporal. "It's a very old French brand," says Per. "The brand was named for a corporal in the army named Scaferlati who delivered tobacco to the troops. Scaferlati Caporal is the kind of tobacco delivered to the army; it's recognizable for the cigar leaf that is in it, producing what's become known as the 'French taste.' It's in cigarettes too, in the French Gauloises and Gitanes cigarettes; they have this very cigar-ish taste because they have cigar leaf."

Mac Baren has expanded dramatically and is dedicated to pipe smoking around the world. Pipe tobacco is their specialty, and they make enormous amounts of it, more than any other company.

Mac Baren also acquired all of the Planta blends when it bought Imperial's pipe tobaccos, so they have a lot of production going on and are beginning to run out of manufacturing space, though there are no immediate plans for expansion or for moving to a more spacious location. "We don't have any square meters left," says Per. "If the possibility comes for a bigger facility, I'm sure we'll do it. Even if you say that the pipe tobacco is a declining market, it could be, but we haven't felt it."

Mac Baren has expanded dramatically and is dedicated to pipe smoking around the world. Pipe tobacco is their specialty, and they make enormous amounts of it, more than any other company. It owns many of the brands that pipe smokers depend upon; even here in the U.S.. Sutliff Tobacco is owned by Mac Baren, and Sutliff alone accounts for an enormous footprint in the pipe tobacco market, but it's only a small part of the Mac Baren operation. This influence and importance has certainly become something few could have anticipated 150 years ago — when its original factory was worth only a horse and some whisky.

Per Jensen of Mac Baren: Tobacco Ambassador to the World 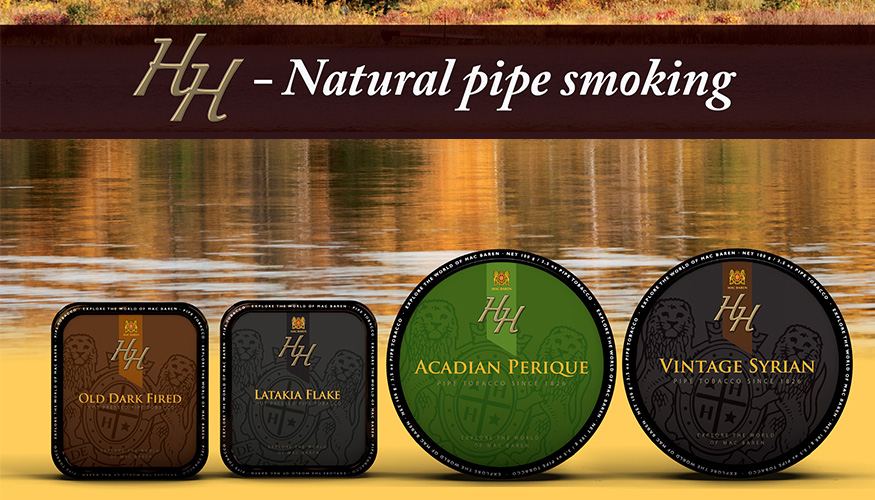