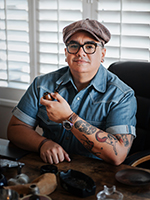 Welcome back to another episode of Tasting Notes! If you've been following this series recently, you should know that I've been slowly working my way through the entire Low Country line, and today I continue that journey with an in-depth review of Low Country's Santee — a delicious, tobacco-forward crossover blend that can and should be enjoyed by just about everyone.

Just to recap, all these tobaccos are made by Cornell & Diehl exclusively for our brick & mortar store, Low Country Pipe & Cigar, and Smokingpipes.com. The line itself is a project that Sykes Wilford and Craig Tarler developed years ago, though there have been some additions to the line since then, including Edisto, which just blew me away. That experience is really what prompted me to revisit the Low Country line, and so far I've found that these mixtures have been severely underrated — both by myself and the larger pipe-smoking community. These blends are really singular and interesting; there's just something about them that is really unique and sets them apart from their contemporaries within these tobacco families.

And Santee is no exception there. Like all Low Country blends, Santee is named after a really important waterway here in the Carolinas; stretching over 140 miles toward the coast, the Santee River was particularly important during colonial times and helped facilitate rice cultivation, which contributed significantly to the economy in the south back then.

As a pipe tobacco, Santee is a curious mixture. It's presented as an Aromatic, but that may be slightly misleading. It is more than the sum of its parts, and is really more of a crossover blend than anything. It's a great example of an Aromatic made for people who think they don't like Aromatics.

Essentially, it's a blend of Bright and Red Virginias, and Black Cavendish, enhanced with what is described as a fruity apple topping. I'm not sure if it was that description or its Aromatic classification, but Santee was the only blend in the Low Country line that I'd never smoked prior to reviewing it. And I have to say that was a pretty big mistake on my part.

Popping the tin, I was immediately questioning the Aromatic designation here. There is a topping, you can tell, but it's so light, and it's balanced really well, even in the tin note, with the actual tobaccos. The cut is beautiful. Mostly medium-brown and brighter leaves in a beautiful ribbon cut. There is some darker leaf, which I'm guessing is the Black Cavendish, but it does not make up a significant portion of the blend. The moisture content is perfect right out of the tin, and the aroma itself is bright and fresh, which, I think, is the main theme of this tobacco from tin note to smoke. It's all quite surprising really as it sort of defies my expectations when it comes to traditional Aromatic mixtures. In fact, if I was smoking this blindly, I would seriously question whether or not this was just a Virginia that had a little something extra going on.

On the tin note itself, I do get some notes that remind me of Granny Smith apples, for sure. There's a slight hint of vanilla possibly coming from the Black Cavendish, as well as aromas similar to various sweet hard candies. There's a little bit of caramel, but it's all really faint. And underneath that, you can smell the sort of zestier bread-like qualities of the tobacco itself. There's a faint earthiness, and maybe some richer base notes that I'm having trouble pinning down. But it's really interesting.

Like I said, the moisture content is perfect right out of the tin. I do not recommend any drying time whatsoever on this one. It's ready to go right away. Because of the nice ribbon cut, I think it will perform well in a variety of pipes, but I would recommend something with a deeper chamber so the blend has a little bit of time to open up throughout the smoke. But overall, it takes to the flame really well, burns evenly, and produces a lot of smoke. It's not the densest smoke on the palate, but it is still quite pillowy and creamy.

On the charring light, it is zesty, tart, and offers all those nice brighter and grassier notes from the Virginias. It is a little bread-like, but there's enough sweetness there to push it closer to something like shortbread, pie crust, or graham cracker. There is something boozy that I noticed on the retrohale, too. Honestly, it's like apple pie. It really is. You have this sweeter crust — sweeter bread, sweeter cereal sort of notes — a little bit of fruitiness, and a little bit of that tart apple flavor. It also has that creamy body, and I do get a little bit of that vanilla that I picked up in the tin note on the palate. It just adds a little bit of extra sweetness and intrigue, and rounds out the overall profile, which I think is largely on the brighter and higher end of the spectrum.

It's really nice. I think that, if you're smoking this in mixed company, you're going to get a thumbs up and approval. The room note is pleasant and mild, but the smoke itself is so surprising. I really think that Santee is really more for Virginia smokers than it is for Aromatic smokers. Both groups of people, regardless of preferences, are gonna find something to like here, but this is really more of a crossover blend for me. The topping is lightly applied masterfully and integrates well with the flavors of the tobacco. It's just lighter in topping and in overall Aromatic-ness than I anticipated.

In fact, near the halfway point of the bowl, I start to taste the natural tobacco flavors on their own. Maybe there's a little bit of added sweetness, but I'm really just getting a nice, creamy, zesty, straight Virginia. The Black Cavendish is likely adding a little bit of body here, adding weight on the palate and a creaminess that rounds things out. But like I said, for the most part, the experience is really just a study in excellent tobacco with an expertly applied topping. I would probably not have considered this an Aromatic myself, so don't let its classification put you off. This is definitely worth a try.

An All-Day Aromatic For The Virginia Smoker

It's an all day smoke for probably anybody out there. And I think you can probably smoke this in your Virginia pipes with little to no ghosting or flavor contamination. And because the topping is lightly applied, and because the base tobaccos are so high quality and so obviously excellent, I think this one is gonna age really well, too. I'm really curious to see what that looks like in five years, and I would encourage you to try for yourself as well. I think that fruitiness is gonna dissipate a little bit over time and integrate with the tobacco a little bit more, and you'll likely end up with something that's closer to the old Dunhill Three Year Matured Virginia.

I'm actually struggling to figure out which other tobaccos are similar to Santee because it really is so unique, but I think if you're a fan of Sillem's red or Sillem's green, this will be up your alley. I also think that it could also pinch hit for the discontinued Mac Baren Modern Virginia, which was a Virginia with this apricot topping that I just loved, or the old Solani Mango Flake. If you lament the loss of a couple of those blends, give Santee a try. And if you're curious to try something that is more or less a straight Virginia mixture with a little bit of extra body from the Cavendish, and a little bit of extra sweetness and tartness in the topping, Santee is definitely worth a go. Thanks so much, guys. I'll see you next time. 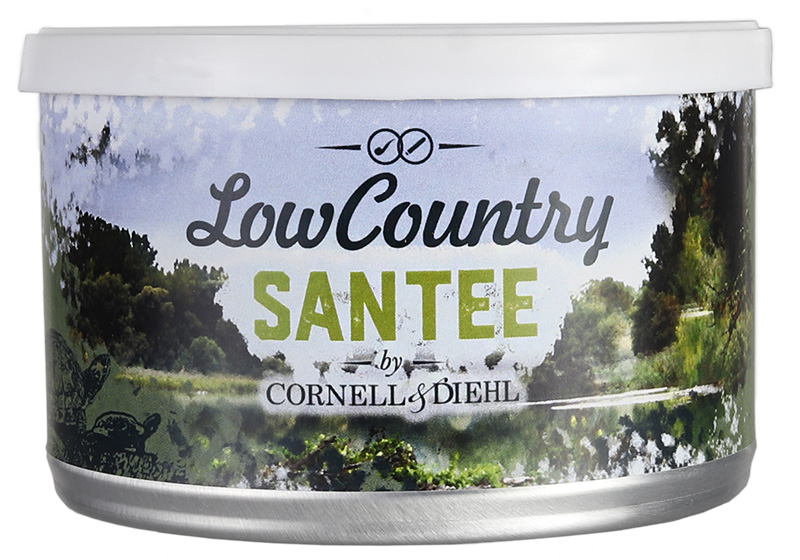 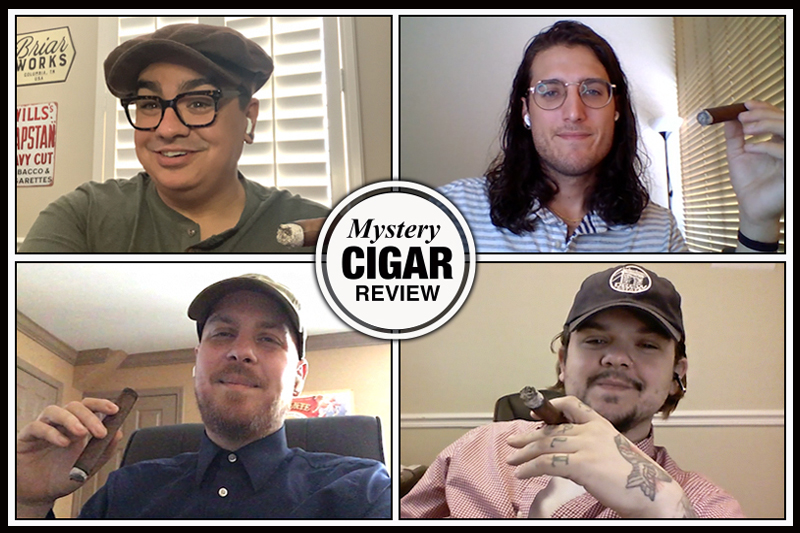 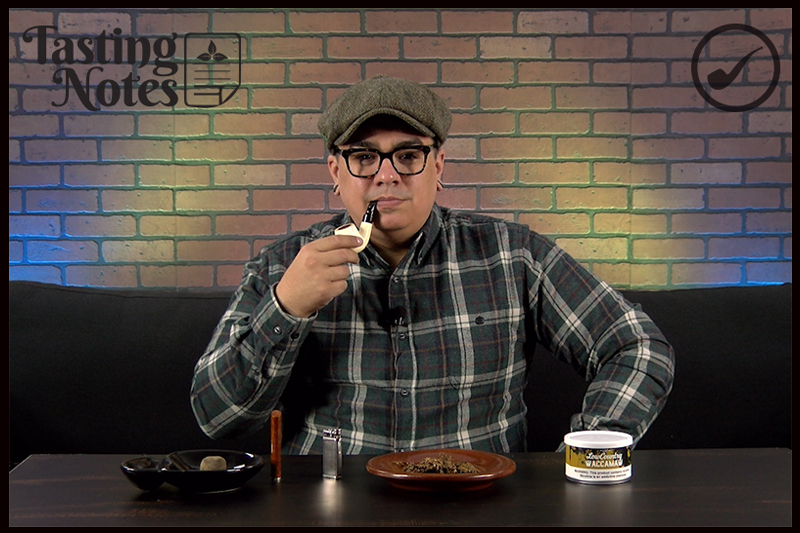 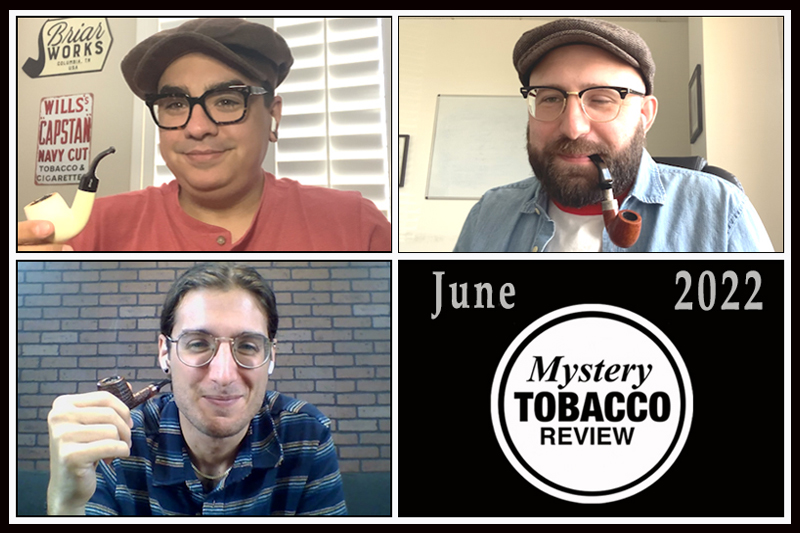