Because of our annual company picnic our call center is closed today. (We're normally open for calls Sundays from 12pm to 4pm Eastern). But feel free to email us, or call and leave a voicemail and we'll get back to you promptly Monday.
Bulk Tobacco » Sutliff » Count Pulaski

"Count Pulaski of Poland, an officer famous throughout Europe for his bravery and conduct in defence of the liberties of his country against the three great invading powers of Russia, Austria and Prussia . may be highly useful to our service." - Benjamin Franklin

And quite right Franklin proved to be, as Polish nobleman-in-exile Casimir Pulaski, who would come to be known as one of the "fathers of the American cavalry," is credited with saving the life of George Washington at the Battle of Brandywine (which occurred before he was even officially commissioned), and served with distinction until he succumbed to grave wounds suffered at the Battle of Savannah.

Fitting to the complex character of a man who fought for independence on two different continents, Sutliff's Count Pulaski is itself no simple blend — it is in fact composed of four different sub-blends. Burley shag, Burley plug, Burley cube, Carolina flake, Virginia, and Latakia are all combined in this one, serving as a base for flavors of Rose of Latakia (as the choicest Syrian leaf is called), rum, and anise. 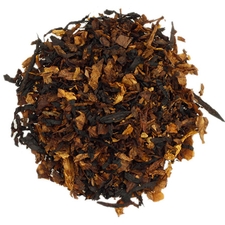 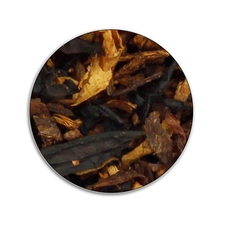 Customer Reviews (3 Total)
Write A Review
Write a review
Overall Rating:
4.17 out of 5 stars
A fine smoke
By: nmandrus
Product: Sutliff Count Pulaski Bulk
A very nice tin note, smokey and woodsy. Mine seemed a but dry but not overly so. Packs and lights easily, burns well. Taste is not overpowering but not too light. Listed as an aromatic, it certainly doesn't smell like one. Might be a new favorite of... Read More mine. Read Less
Good Blend
By: bikerjr1
Product: Sutliff Count Pulaski Bulk
The tin note is like leather, old books, and camp fire all rolled together. It is about right on moisture. Burns pretty good after it's lite. This is a full flavor smoke, great tasting smoke. The only drawback for me with it is the wife can't sta... Read More nd it. She was the same with GL Pease Gaslight, which this is very close to. If you don't want to mess with the plug get this one. It's a keeper. Read Less
One of my Favorites
By: Vintage Dad Aesthetic
Product: Sutliff Count Pulaski Bulk
This is a strange one for me. I can see why this is a polarizing blend. It’s not like a savory English but rather has a sweeter and earthier smokey taste. It’s heavy on the burley which gives it a mellow earthy woody molasses quality but it also has ... Read More that latakia herbal smoke that is very noticeable and on the retroale the Virginia. The topping is evident and I find it to be quite nice. It’s a sweet, relaxing, and creamy type of smoke, more complex than I would think. This blend has grown on me to by a go to. Read Less