I initially jumped back into the Low Country line recently due to Edisto: The most recent addition to the series, it's a straight Red Virginia flake comprising a number of different grades, and is super elegant right out of the tin. I personally love that blend, and it seems like the general reception from the pipe-smoking community has been great. We've seen it go in and out of stock a couple of times since the release, and judging by the reviews coming in, everyone seems to agree that it's a crazy good straight Virginia with a lot of aging potential.

But why stop at Edisto? The Low Country portfolio is full of hidden gems, so I wanted to revisit the entire line and share my thoughts with you all. Of course, I've smoked all of them before, with Guendalose and Waccamaw being two of my favorites. So today, I wanted to jump straight into Guendalose, because I think it's another singular and unique blend — not only within the Low Country line, but for C&D and the wider pipe world in general. And that's because it's a cigar leaf blend that does not feature Latakia.

Adding cigar leaf to a pipe tobacco mixture is nothing new, but most of these types of blends on the market were English- or Balkan-style blends that just happened to feature cigar leaf. Don't get me wrong: it's a great combination that works really well, but personally, I never found that any of those blends really do much to highlight the cigar leaf itself. But Guendalose sort of turns that paradigm on its head.

It was actually one of the first handful of blends Jeremy Reeves concocted when he became C&D's head blender. I remember when he was working on it and the many iterations that it went through before it made the cut. To me, it represented a really clever and novel use of Katerini Turkish, which was a relatively new component in the C&D portfolio back then. At that time, we were seeing mostly Izmir with a little bit of Basma, but the Katerini just felt different. It's widely used in the C&D portfolio these days, but unless I'm mistaken, I believe that Guendalose was among the first blends Jeremy made that featured Katerini prominently.

Like all the blends in the Low Country line, Guendalose is named after a local water system. It's technically a creek, an offshoot of the Waccamaw, one of the major river systems here in the lowcountry area of South Carolina. This blend itself features Bright and Red Virginias in pretty balanced proportions, a hefty dose of Cornell and Diehl's proprietary Red Virginia Cavendish, Katerini Turkish, a good pinch of Perique, and most importantly, a really great cigar leaf component.

Looking at new tins, the cigar leaf used is Dominican-grown Criollo from 2018, so there's definitely a little bit of age on that raw component, and it's quite balanced and complex. Interestingly enough, even though the cigar leaf itself is Dominican, Guendalose was also blended to try to emulate a really full-bodied and spicy Nicaraguan cigar profile. The bold and rustic flavors of C&D's blending style and the addition of this Criollo leaf creates a flavor that's a bit more new world. It's a little more modern, a little heavier, a little spicier, and not so Cuban-esque. It's not overly creamy or light, which for me is great because I do prefer powerful, full-bodied, and full-flavored pipe tobacco, regardless of the time of day.

A Zesty Cereal Aroma With a Kick

On the tin note, Guendalose presents nice, rich notes of zesty cereal notes, which I find to be a signature aroma from Cornell & Diehl. There is a fair bit of an earthy component in the tin, likely stemming from the Perique, Katerini, and the cigar leaf component. There's a little bit of citrus and tons of cereal and bread notes. This smells kind of like a bakery, but with earthy notes, lighter cereal notes, and just a hint of a citrus tang and a zesty quality. There's almost a Fig Newton kind of a vibe to it. There is Perique in this blend, but those figgy notes could also be the Katerini and the cigar leaf playing tricks on me. It's more reminiscent of dark, stewed fruits than it is spicy, at least in the tin note.

The moisture content is perfect right out of the tin, and the cut is lovely: really nice, long ribbons, with a pretty good mix of Bright, medium Red and chestnut-colored leaf, alongside the darker leaf of the Katerini, Perique, and Criollo. I can spy a few chunks of pressed Virginia in here as well, but overall it's a really nice, uniform cut that packs well and behaves well in the pipe. I did find myself reaching for a larger pipe to smoke Guendalose. Given the complexity of all these components, you'll want some time for this blend to settle during the smoke and you'll want room for it to really build and develop those nuanced notes. In too small of a chamber, particularly a very shallow chamber, I find it to be a little more one-dimensional, a little heavier on the cigar side of things. But with a little bit of chamber depth and a nice, slow smoking cadence, there's a ton of complexity to be enjoyed here.

It does throw off quite a bit of smoke. It's also impressively rounded around the edges, especially given that this tin is relatively fresh. I wanted to revisit these blends as fresh as possible for these reviews, simply because the Low Country blends that I've been smoking over the last couple years all have some pretty significant cellar time on them. So yeah, even fresh from production, there's nothing harsh or uneven about the edges here. It's definitely full-bodied, and there's definitely some spice on the retrohale, but overall it's relatively smooth — deceptively so given the robust flavors and the inherently rustic nature of the blend. The backdrop for the condimental leaf here is perfect: The soft, bready mid-tones, slightly zesty highlights, and malty profile from the Red Virginia Cavendish and the Red and Bright flue-cured leaf are present throughout the entire smoke, but they never steal the show. Instead, you get a nice interplay between that foundational sweetness and the earthier notes of the Katerini and the spice of the Perique. The Perique itself isn't incredibly spicy in this blend, but works to elevate those notes of stewed fruits and earthiness from the other components, especially the cigar leaf.

This blend certainly scratches the cigar leaf itch for me. Those signature notes are there, but they're not overpowering. I wouldn't characterize Guendalose as a really strong cigar/pipe tobacco blend, but you can definitely feel the presence of the cigar leaf. It adds a nice leathery character and notes of cocoa, which balance nicely with earthiness and the stewed fruits flavors from the other components. The tangy and malty character of the Cavendish, alongside the flue-cured leaf's bready and cereal notes as like, provides a perfect backdrop for the interplay between the spice and the earthy tones of the Perique, Katerini, and cigar leaf.

A Blend Ahead of its Time

I think this would stand up really well to a cup of coffee, and it will also perform well when smoking outdoors. I can also see Guendalose being an all-day smoke for those who really like some oomph to their blends and who are fond of cigar leaf. Even within the Low Country line, Guendalose is a bit of a sleeper; it's definitely got its loyal fans, but this is a mixture that may have been that a little ahead of its time.

If you're a fan of cigars, of cigar leaf blends — like Warped's Cloud Hopper, Until The End, or the Haunting — Guendalose is definitely a blend you need to try. If you really enjoy cigar-laden English blends, you may find it to be a little bit toned down simply because there is no Latakia here. Still, the cigar influence is noticeable, and for me personally, the omission of Latakia gives this Guendalos the edge. The inclusion of the Katerini and the Perique add a lot of complexity, and it really builds in nuance and character throughout the bowl. It's a really interesting blend that's sure to keep your attention for a long time, and it's relatively easy to smoke if you're looking for something on the more rustic side. So give Guendalose a try. It's definitely gonna surprise you. 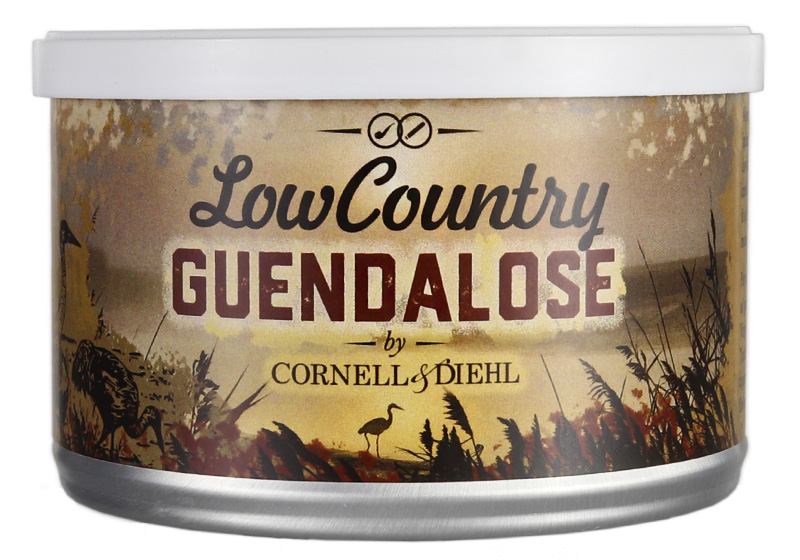 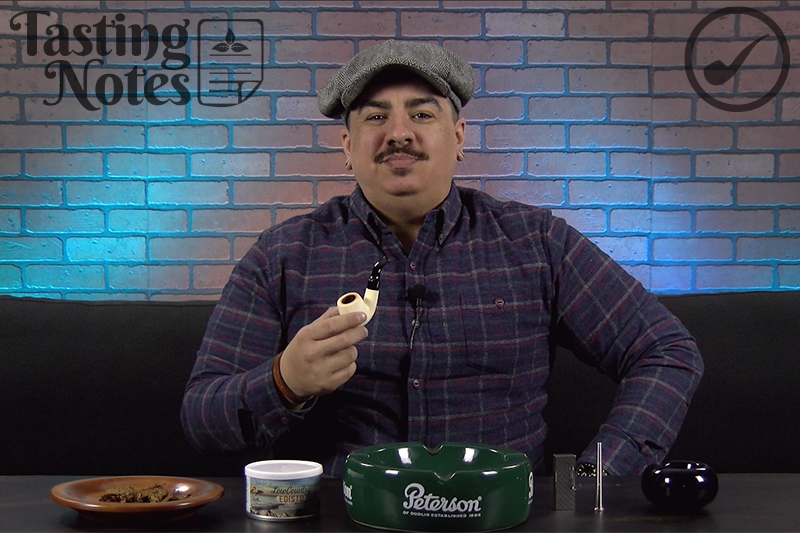 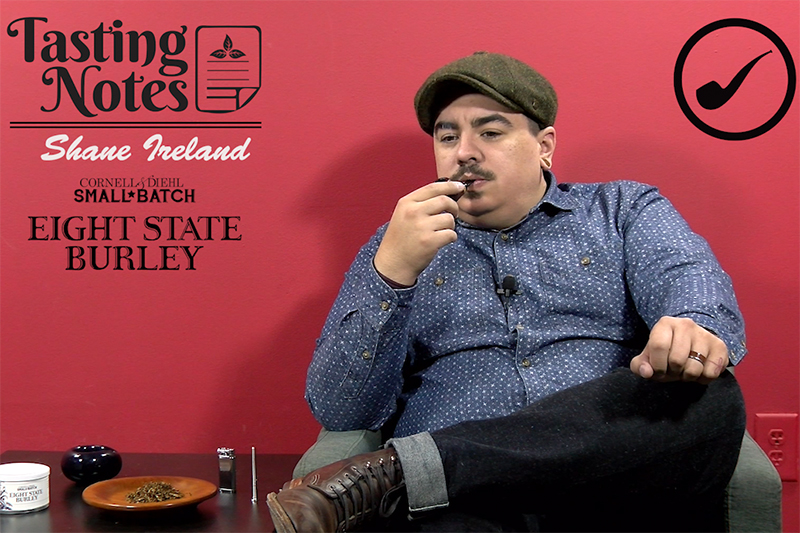