Golden Glow from Samuel Gawith is a straight Virginia mixture from the English blending house. It comprises flue-cured Golden Virginias that are pressed and, then, matured before being cut and tumbled into a broken flake marked by a medium body and slight, natural sweetness. 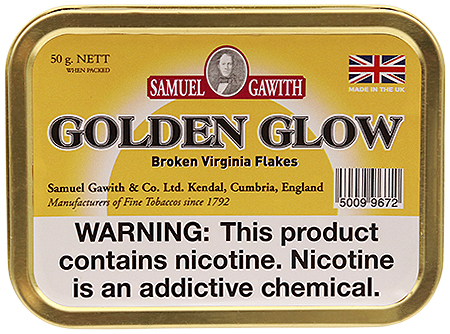