A full blend of Virginias and Latakias gives Samuel Gawith's Commonwealth a robust but elegant flavor. With a 50/50 blend, the quality is such that the Virginias emerge with distinction to give a slow burning and spicy smoking experience. 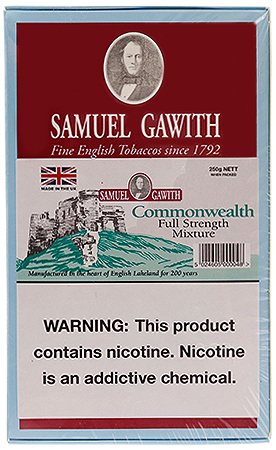