A unique design from Jared Coles, this Lens piece riffs off of Sixten's Peewit shape in profile and overall stance but incorporates a Opera-esque, pinched nature at the bowl. Instead of pinching the flanks, though, as would be the case in a classic Opera, Coles has here squashed the bowl fore and aft for a lenticular profile when view from above — the chamber acting as a dark cavernous pupil of sorts. The rim, then, matches the bowl's eye-like aerial profile, pointed at the edges as well as concave and deeply chamfered. Thanks to the bowl's rounded form and firm flanks, the in hand feel is incredibly natural and easily gripped, the subtle, tight-knit sandblast offering just the right amount of texture to contrast the smooth polished rim up top. It's fitted on the end of a sleek, slightly downturned stem and an angled transition to give the piece the impression of being more bent than it actually is. For added playful appeal, Jared has extended the shank with a ferrule of golden-hued bamboo, the single knuckle positioned at the end while the mortise is reinforced by a trim ring of brass. It's stunning work both in terms of creativity and craftsmanship from the American carver, and despite being quite the non-standard shape, this piece is easily set upon a flat surface without fear of spilling any ash. 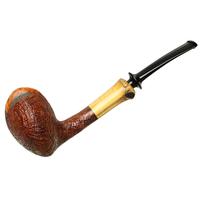 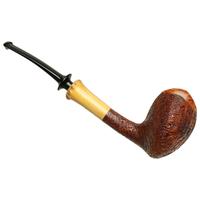 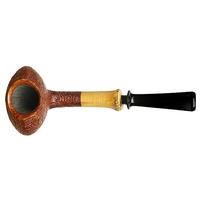 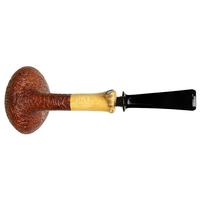 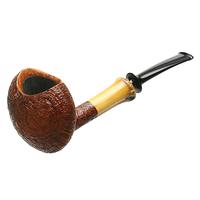 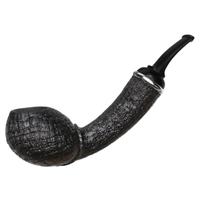 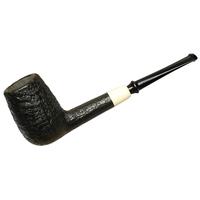 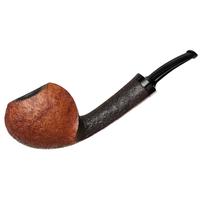 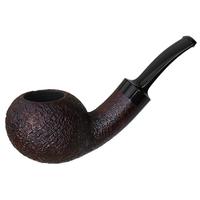 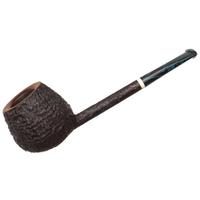