The Kendal Mayor's Collection of pipe tobaccos honors Samuel Gawith as the former mayor of Kendal, and Chocolate Flake is a unique blend of Virginias, Burley, and a touch of Latakia. While many mixtures comprising Latakia are classified as English blends, Chocolate Flake is much more Virginia-forward, the smokiness of the Latakia considerably subdued and further balanced by a slight topping of dark chocolate. 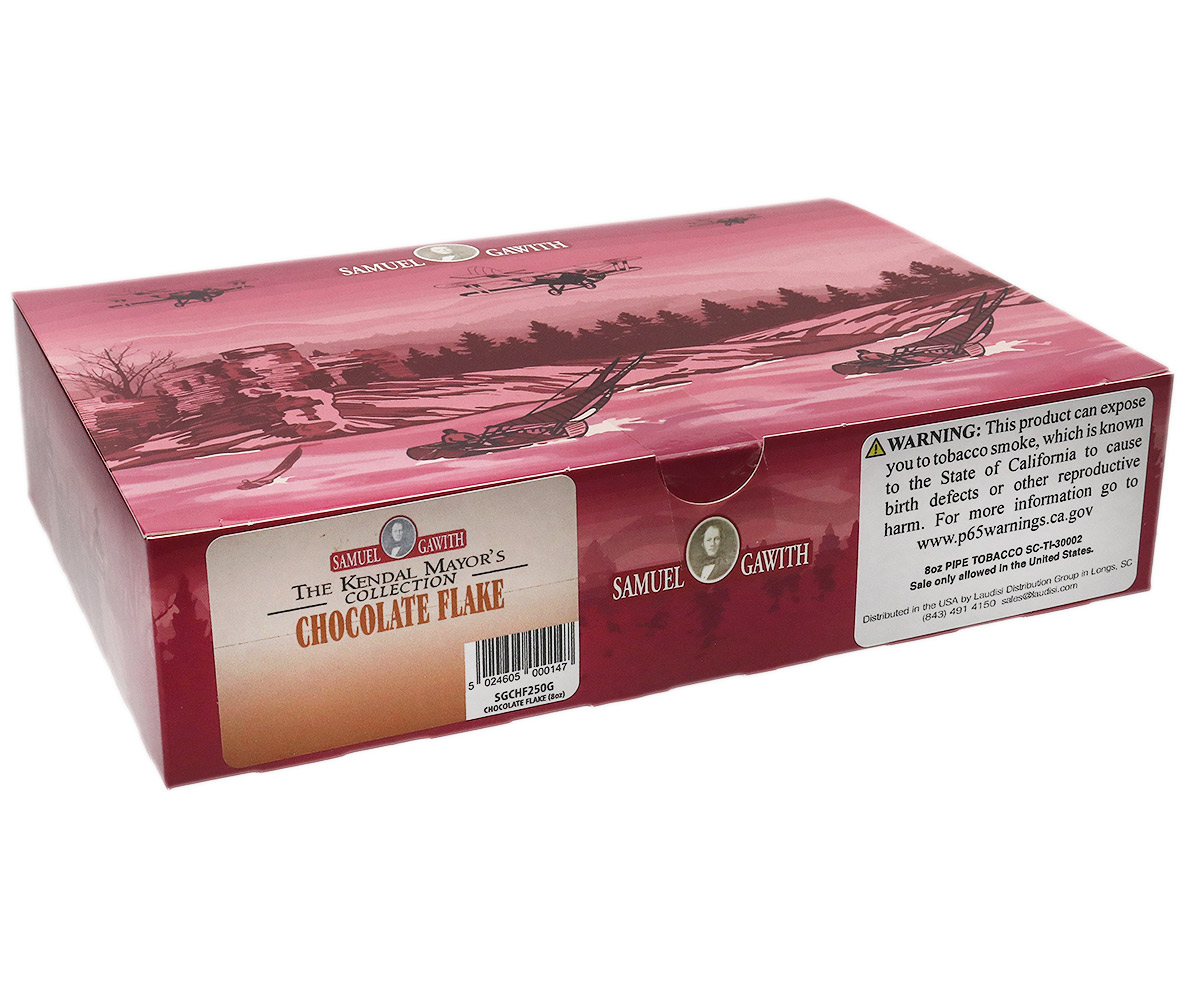 Customer Reviews (2 Total)
Write A Review
Write a review
Overall Rating:
4.25 out of 5 stars
纯而不腻的巧克力片
By: Jiang Ming g.
Product: Samuel Gawith Chocolate Flake 8oz
L草几乎很少带给你是可可甘甜的回味，养段时间估计会更好，比起GH家巧克力片略清淡些，两个我都爱
Hard to work whit
By: Cord
Product: Samuel Gawith Chocolate Flake 8oz
I’m a bit new to flake cut tobacco,the ones I have recently worked with have been pliant this is a stif firmer slice and longer. I had a time getting it in my Jamestown clay, if this had not been such a unique an tasty bit of yum I would have chucked... Read More this. As is I’ll keep in to my bigger bore pipe’s or my Country gentlemen Missouri Read Less